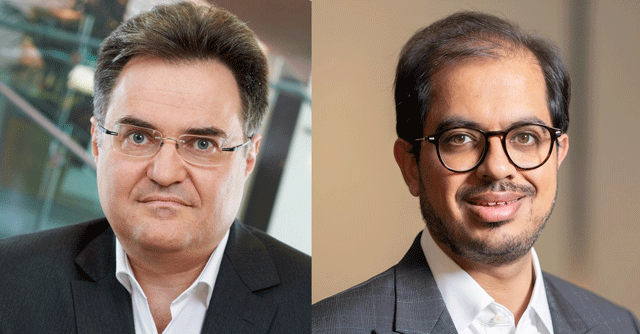 A mathematician by training, Sylvain Duranton is a Managing Director and Senior Partner of consulting firm Boston Global Consulting (BCG) and Global Leader of BCG X. The global tech build and design unit, which was unveiled this month, comprises about 3,000 technologists, scientists, programmers, and engineers. In an interview, Duranton and Nipun Kalra–MD and Partner and head of BCG X in India—discussed how the unit is helping companies get ROI on their AI and digital investments. Duranton also shared his thoughts on the popular perception of AI becoming sentient and the danger of algocracy where algorithms and AI make critical decisions without involving humans, among other things. Edited excerpts:

What do you hope to achieve with BCG X?

Duranton Despite economic headwinds, 60% of companies that BCG recently surveyed (‘Mind the Tech Gap’ report, released in November) plan to increase their investment in digital and AI in 2023. But many of those surveyed simultaneously expressed concern over the uncertainty of the return on investment (ROI) from digital transformation. During Covid, we saw companies that used advanced digital technologies and AI, outperform their counterparts. But the big challenge is for those companies that are trying but failing — our survey revealed that about 70% of digital transformations fail to achieve their objectives.

However, digital is not just about technology. It’s also about business transformation. If companies want to succeed, they will need to move away from being too focused on technology to striking a balance between technology and business transformation. The other big learning is that we see a massive increase in the rate of technology innovation today, but we don’t see those technologies scaling fast enough. BCG X tries to bridge these gaps when we work with our clients.

Given this context, how should CXOs balance their excitement over digital technologies like AI, blockchain, metaverse, and Web3, with a business strategy?

Duranton: Yes. Companies tend to get too excited about technology. But we are organised by business problems because each business problem will rely on a combination of different technologies. Today, companies they want to spread their bets. So, there are a lot of blockchain experiments, one or two AI POCs (proof of concepts), etc. When we surveyed CIOs, the number one challenge was still the cloud, and about making the right bets given the proliferation of technologies.

You need to first identify your fundamental business problem — it could be a supply chain problem, a pricing problem, a customer engagement problem, or it could be about building a new service offering. Then you need to seek a solution for those problems. You can’t go to companies saying I have a blockchain team and if you have a blockchain problem, we could solve it for you. The same is applicable to other technologies.

As an example, let’s take the metaverse, which is a very important topic for India too because there is a lot of manufacturing that can involve the use of digital twins (copies) to optimise the layout of the plants (factories). One of our most iconic customers in this field is a large Indian company. You can, for example, make digital twins of factories and use virtual reality to ensure that synchronised robots do not bump into each other or into assembly lines. Another example is that of ChatGPT with which everybody is super impressed. But it is machine learning and the underlying new generation of AI models–the generative AI models–that are foundational. These will change the world because there’s a massive change versus what they were doing in the past.

I presume the same would apply to companies in India too?

Kalra: New disruptive technologies show up almost every quarter, but we are extremely cognizant about not losing sight of our problem-solving customer approach. India’s context is the only difference. As an example, the Rajasthan School Education Department recently set a world record by assessing 1.35 crore OCR (optical character recognition) sheets of 50 lakh students of Classes 3 to 8 between November 3 and November 7, 2022, using AI. This is the kind of stuff that you are likely to see only in private schools.

Duranton: Companies should focus on impact. That’s all that matters.

You (Duranton) have often said that AI needs to be developed in a conscientious manner while also tapping into its transformative power. You have simultaneously underscored the need for humans being in the AI loop and cautioned against algocracy. What should companies keep in mind in this context?

Duranton: People feel AI can think like humans, and this leads to fear. I call it the AI Armageddon, which I think will not happen. There will always be a tussle between being conscious and responsible, and making money fast. We did a survey a few years ago where one-third of the workforce feared they would lose their jobs to AI. For example, there was a digital team inside a bank that was promoting the idea of using AI and they demoed a banker sitting next to a robot in a bid to advertise AI in their own company. This is not helpful.

Even in countries where staff teams are very expensive, it should not be about automating what people do but about automating part of what they do and having them (human employees) realise their unique value. If humans are not in the loop, it will give rise to algocracy.

Putting tonnes of money on the technology is much easier than training a workforce to use a new set of technology tools that they need to learn — this is very short sighted because we have data showing that in companies where teams start to use AI, you will see the morale of the team going up in more than 75% of situations. I’m convinced that one of the challenges for India going forward is to make sure that you keep this combination while adopting new disruptive technologies.

Duranton: For us, India is a big place where we have real innovation. The Indian government, which has the right talent pool, has been benchmarking the world in terms of digital platforms for citizens. India can also be a perfect testbed for how AI can change agiculture. BCG has worked in different markets like Southeast Asia, South America, and Africa, and we have seen that AI can make a massive difference in helping individual farmers increase their yields. So, there’s a big play for India in manufacturing and leapfrogging everyone in AI.

Many big companies in India with diverse sectoral units are planning to build superapps, while some have already done so. Do you see such companies transfer their learnings from one unit to another, especially by exploiting the use of advanced data analytics?

Kalra: There is a difference between realisation and sufficient action. For example, the answer to everything can’t be a super app. In every single tech- or data-led transformation work that we’ve done, we have found that you can build the technology, you can advertise it, and you can talk about the use cases. But till the time it is adopted, and the ways of working around the technology model evolve, we won’t see any real business impact.

Duranton: Many companies are lazy. They all understand that you need to use your data. Companies will be better off if they ask: what disruption do we want, and how to make it happen? At least, then, we will have an outcome. Just saying: I wish to be Apple or Google is not enough. That’s where there is too much laziness today. And you have tonnes of vendors who are making massive amount of money from that laziness.

Given the composition of BCG X employees which includes about 800 AI scientists, how is the role of a consultant changing given the pace at which technology is accelerating?

Duranton: The big change in the consulting world is the rise of agile consultants–those who build plans and execute them in line with a company’s strategy. In the world of agile, design, build, and implement are intertwined. If there is no business mindset, consulting mindset, and understanding of what change management will take, you cannot pick the right technology.