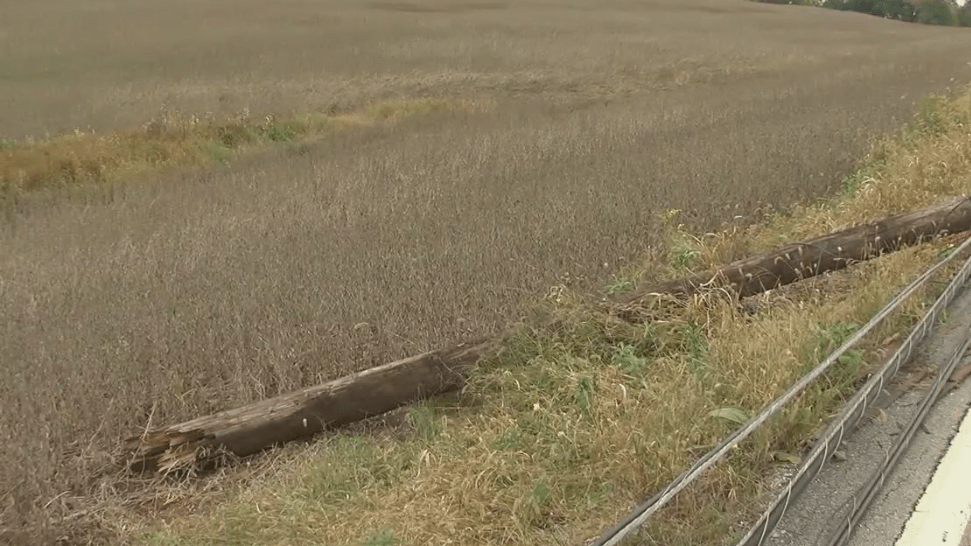 YORK COUNTY, Pa. (WHTM) — Frontier, the telephone and internet service provider, says it is replacing telephone poles in two locations and repairing lines, and checking the quality of internet connections after abc27 contacted the company following complaints from Newberry Township’s police chief and a resident.

“I really appreciate you bringing this to my attention,” Brigid Smith, a spokesperson for Connecticut-based Frontier said. She also said she had been unaware of the problems.

Steven Lutz, the police chief, said the situation that seemed most serious — a downed pole and downed lines on Yocumtown Road about a mile east of I-83 — had existed since a car hit the pole on Sept. 19. About a half-mile east, at the intersection of Yocumtown Road and Valley Green Road, another pole had been partly splintered since July, he said.

Lutz said he worried about safety — especially of cyclists or pedestrians near the downed lines just off the roadway, or of the residents in a house alongside the other pole. “A strong gust of wind could knock that pole down,” he said.

Get daily news, weather, and breaking news alerts straight to your inbox! Sign up for the abc27 newsletters here!

He said various township departments had tried contacting the utility.

“And we don’t know who else to contact and get this situation under control,” he said. So township supervisors suggested he contact media.

Near the downed lines, neighbors voiced frustration and confirmed the timelines. Lisa Mowery, who owns and operates Sunny Days Flowers from her farm home down the hill from the downed lines, said she had two problems: the safety issues, sure, but also internet that was slower than ever, in a part of York County not know for gig speeds to begin with.

“It’s slowed down to almost nothing,” she said. She’s a Frontier customer and speculated the downed lines had supplied her home.

“Just fix it. Get it done,” she said. “And I don’t want to see anyone get hurt either with those lines being … so close to the road.”

Another neighbor, who declined to speak on camera, credited Mowery and her family with directing traffic around the hazard the day of the accident until emergency workers arrived.