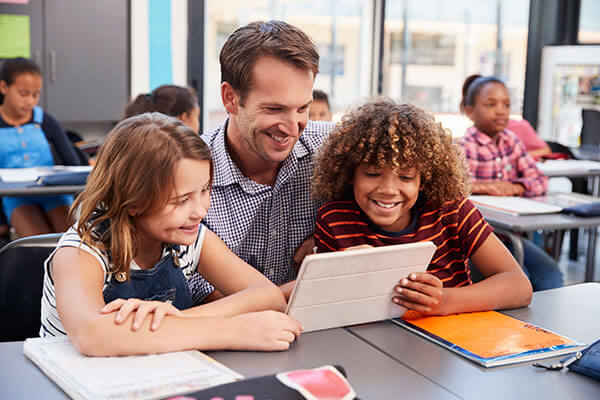 Technology has been improving at an unprecedented rate over the last 100 – 150 years. New medicines have been invented, machines have become vital for production, but the invention of the chip has fundamentally changed the modern world as we know it.

These tiny processors have means that smartphones can be created, cars can run, and computers can function. Without such a device, the world would come to a standstill.

And with such, computers are becoming more, and more available. With most kids residing in 1st world countries owning an iPad of some sort. And yes, these iPads are also made with chips.

With such availability, younger generations are becoming more tech-savvy, as I’m sure you are already aware. The modern-day billionaires are no longer men in their 50s trading stocks. Rather, they are 20-year-olds with an idea to build some sort of useful software.

So, How is Technology Teaching Kids History?

Games that can be played on PC, Gaming Consoles and iPads have recently been released to encourage kids (and adult for that matter) to learn geography and history. And all the while, being entertaining.

An example of such a game in Europa Universalis 4 — a game that is set in the year 1444 – 1821. This game is meant to be somewhat of a simulation of historical event. All the while, the player gets to pick a nation that did exist historically, and alter the course of history.

Still confused? Well, the game starts with a historically accurate map depicting the year 1444. And as such, many countries can be seen — think England, France, and Austria. From here, the player is able to pick any nation they want, and play!

This allows kids to learn of historical events, that you might of heard of — the War of the Roses, the Burgundian Succession Crisis, and Colonialism. All while being fun!

So, How Does This Teach My Kids Geography?

Within the game, player must think strategically — which also encourages the player to build a sense of rationality. The game includes the feature to wage wars on your enemies. Don’t worry parents, this doesn’t include any blood, or violence for that matter.

But, if the player wants to win the war, they cant just engage the enemy anywhere. They first must think ahead — where will the enemy approach me from, what is my plan?

Players must utilize geography to win. They will soon understand that declaring wars without some sort of plan will often lead to failure.

This leads to players learning that they should fight on hills, or perhaps on provinces where there are forts — this gives a defensive bonus. Plus, it allows children to think of the different aspects of different geographical biomes, and their consequences.

Furthermore, Europa Universalis 4 familiarizes you with the map of the world. As a result of playing it myself, I have personally learned so much. I am more confident in my skills to identify different regions of the world — so much so, that I bet if you gave me a pen and paper, I could probably draw up a fairly accurate map of Europe. Visit neuralgamer.com to learn more.

Technology has become integral in all of our lives. And with it, comes progress. The younger generation has seemed to form a liking to such technology, and many of them now own iPads, Computers, and more. Rather than letting them play anything, parents have now began thinking about what games their kids can, and cannot play. And as such, games such as Europa Universalis 4 have popped up. Such games teach your kids history, geography, and how to think strategically.