This article is the second in a series on Christian nationalism supported by the Pulitzer Center.

(RNS) — It was late September when Andrew Torba, founder of the social media platform Gab, tapped out a message to his users declaring the website would update its online infrastructure. Upgrades are common in the tech industry, but Torba’s reasoning for expanding Gab’s data center was anything but: He wanted to touch up the tech, he said, to “preserve a parallel Christian society on the internet for generations to come.”

“One day our great grandchildren will learn what really happened during the greatest Spiritual war of our time,” Torba wrote, “and how we laid the foundations for a new parallel Christian society.”

“It is my intention that they do so on Gab.”

Bearded and given to baseball hats pulled low on his brow, Torba, who has described himself as a “conservative Republican Christian,” long ago exiled himself from Silicon Valley. He now lives, he says, in a “forest in Pennsylvania,” where he is plotting what he calls a “Silent Christian Secession.”

His dream is one that resonates with seemingly millions of other primarily right-wing netizens who frequent his site and other sites like Natural News, Brighteon and CloutHub — online clones of larger social media platforms that tout themselves as havens of free speech in an internet that has begun (belatedly, according to some) to police conspiracy theorists, right-wing militias, white supremacists and Christian nationalists.

These sites have much the same mix of cartoons, memes and raucous political debates as Twitter or Facebook. Many of their mission statements — “empowering individuals to connect and solve issues they care about,” goes CloutHub’s — wouldn’t look out of place anywhere else on the social web.

But the messages shared by their users skew heavily pro-gun, anti-vaccine, anti-Biden, vociferously pro-Trump and frequently laden with rhetoric that connects adherence to Christianity with American identity. There is a sense among many users that the fall of the country or Western civilization is imminent, and extremist views are not uncommon: In 2018 the attacker who killed 11 people at Pittsburgh’s Tree of Life Synagogue posted antisemitic and anti-refugee messages on Gab shortly before the mass shooting. (Gab reportedly later deleted the account and cooperated with investigators.)

David Golumbia, an English professor at Virginia Commonwealth University and author of “The Politics of Bitcoin: Software as Right-Wing Extremism,” said the creation of alternative digital platforms is a long tradition in right-wing circles, religious or otherwise.

“People who promote alternatives to Twitter say that ‘We’re above politics, we just care about free speech,’” Golumbia told Religion News Service. “And when people point out that they are being used to organize political violence … The people who create it say, ‘Oh, this is unintended and unfortunate, and there’s just nothing we can do about it.’

“But from where I sit, this is the main use case for these tools … They’re just beacons to (extremists).” 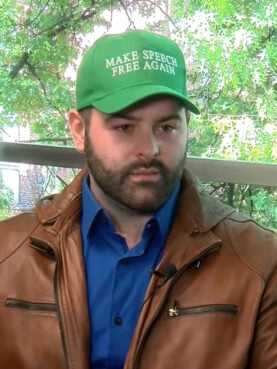 Andrew Torba in a 2018 interview. Video screengrab via Youtube/PAHomepage

To his point, the number of registered users on Gab reportedly more than doubled to 3.4 million in the weeks after the Jan. 6 mob attack at the U.S. Capitol.

While decrying the violence of the insurrection, Torba welcomed Gab’s swelling virtual ranks in the weeks after the attack with a message steeped in faith.

“America is a Christian nation,” he wrote on February 1. “The foundation of Western Civilization itself is built on Christianity and more specifically: on the firm foundation of Jesus Christ.” Shortly, he said, he intended to shift all of his personal expenditures to support organizations and businesses he deemed Christian.

The widespread pushback to websites like his after Jan. 6 — which he claimed included Gab’s rejection by banks and other companies — was evidence that Christians could no longer operate freely in American society. They needed to build their own economy, entertainment industry and internet.

Torba, who has invoked a personal policy of “not communicating with non-Christian and/or communist journos,” declined an interview request from Religion News Service in a one-word email: “No.”

The spiritual bluster may belie a practical subtext: A parallel Christian nationalist digital world may be a necessity for sites like Gab to survive at all as Big Tech moves to restrict or ban their content.

Gab’s app was removed from the Google Play Store in 2017, with the company explaining that developers failed to moderate “content that encourages violence and advocates hate against groups of people.” Apple twice rejected Gab’s bid to appear on its app store, once for allowing pornographic content and a second time for failing to moderate “defamatory or mean-spirited” posts.

In 2019, Facebook deleted a page dedicated to Natural News — a website widely regarded as a purveyor of conspiracy theories — citing violations of the company’s spam rules. Facebook later banned links to its content as well as Brighteon, an affiliated video site where Natural News founder Mike Adams posts video diatribes. In a September 2020 video, he declares that “America was founded on Christian principles” and warns that the U.S. has “attracted God’s wrath” because of campaigns in support of abortion rights and LGBTQ equality. 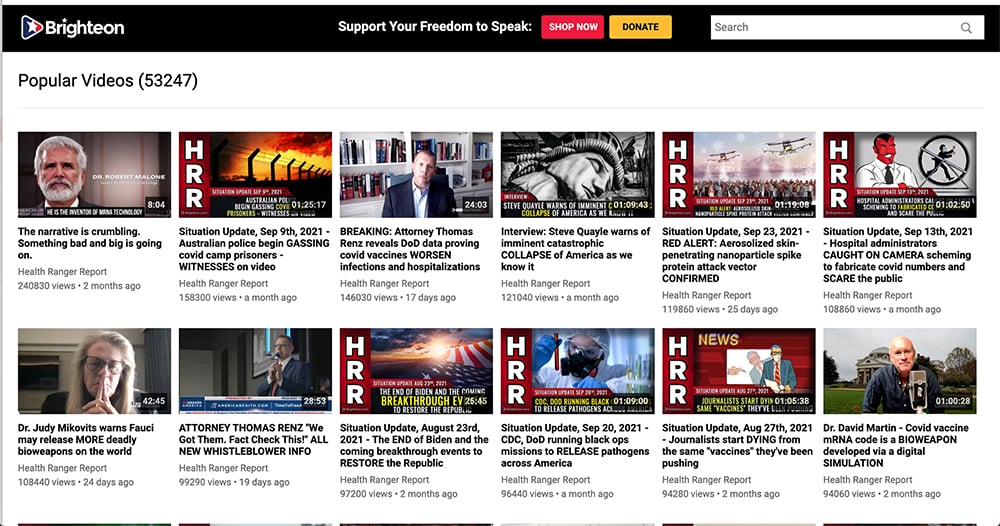 Screengrab of the popular videos page of Brighteon.com on Oct. 18, 2021. Screengrab

He concludes: “America has no future unless we eliminate those influences of society that are anti-God.”

In response to the crackdowns, some sites have tried to reduce their reliance on extremist users. CloutHub CEO Jeff Brain has implemented content restrictions and tried to distance his project from competitors such as Gab, accusing Torba’s site of going “too far” in its tolerance of extremists.

But CloutHub, critics say, was a core organizing tool for “Patriot caravans” traveling to Washington for the Jan. 6 “Stop the Steal” rally that preceded the insurrection. Its app, like Gab’s website, also saw a surge in downloads after Jan 6.

A month after the insurrection, Brain introduced Tennessee pastor Greg Locke as one of the platform’s “ambassadors,” who are “actively engaged in helping grow our platform.” Locke, who has been blasted for vocal Christian nationalist rhetoric, was permanently banned from Twitter in September. In a Facebook Live video bemoaning his ban, Locke encouraged his listeners to follow him on CloutHub.

If creating a separate Christian nationalist digital world would skirt the power of Big Tech, it may not keep extremist chatter entirely safe. Brighteon, CloutHub and Gab share a common home in Epik, a web host and domain registrar whose founder, Rob Monster, has faced fierce criticism for his willingness to host extremist content. A self-described Christian libertarian, Monster regularly posts video musings on his Twitter account, once suggesting Western civilization needs Christianity to survive. 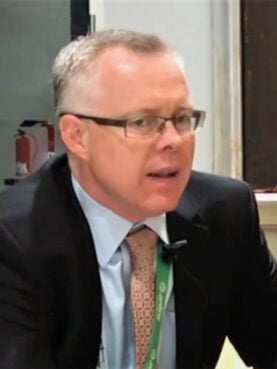 In September, purported members of the “hacktivist” collective Anonymous attacked Epik, making off with more than 150 gigabytes of user data and promptly leaking the data to the public. Monster responded by setting up a video chat on Epik’s in-house “Prayer meeting” service, inviting anyone to show up and discuss the hack.

In the chaotic confab that followed — which included a brief religious debate with a man whose chest was emblazoned with a swastika — Monster repeatedly broke out into prayer, asking for God to dispel “demons,” “evil spirits” and “agents of Satan” in the chatroom. He urged listeners to delete the stolen data, explaining his team had “cursed” the files during a “courts of heaven” prayer session.

“I’m just giving you a heads up. There are curses. Laptops will burn. Hard drives will burn,” Monster said. Efforts to contact him about the hack were unsuccessful.

The actual size of the potential audience is also unclear. Susan Benesch, founding director of the Dangerous Speech Project, acknowledged the influence of some Christian nationalist leaders has “increased dramatically” in recent years but pointed to a recent study conducted by the Massachusetts Institute of Technology: Researchers found that among the top 20 most-popular Christian Facebook groups of 2019, all but one were operated by Eastern European troll farms.

A view of what a parallel internet might look like, however, may be seen at GiveSendGo, a Christian crowdfunding website that drew criticism in August 2020 for hosting a campaign for Kyle Rittenhouse, a teenager charged with shooting three people, two fatally, during demonstrations after the shooting of Jacob Blake in Kenosha, Wisconsin.

The website also hosted a fundraiser for the right-wing group Proud Boys after their leader, Enrique Tarrio, was arrested for firearm magazine possession and burning a church-owned Black Lives Matter sign. Ali Alexander, an activist who helped to organize the Stop the Steal movement, reportedly raised more than $30,000 on GiveSendGo in the days following the Capitol attack, claiming that his “patriotic, Christian work is being deplatformed by dark corporate forces and political opponents.”

The site’s cofounder, Jacob Wells, told RNS he was passionate about his own evangelical faith but ambivalent about some iterations of Christian nationalism. Yet Wells expressed concern that the term is used to “denigrate Christianity in general” and said he believes the U.S. was founded with a “Judeo-Christian underpinning.” While distancing himself from many of the campaigns on his platform (“I completely agree what he did was wrong,” he said of Tarrio’s sign burning), he framed his support for largely unfettered access to GiveSendGo’s services as a Christian value in itself. 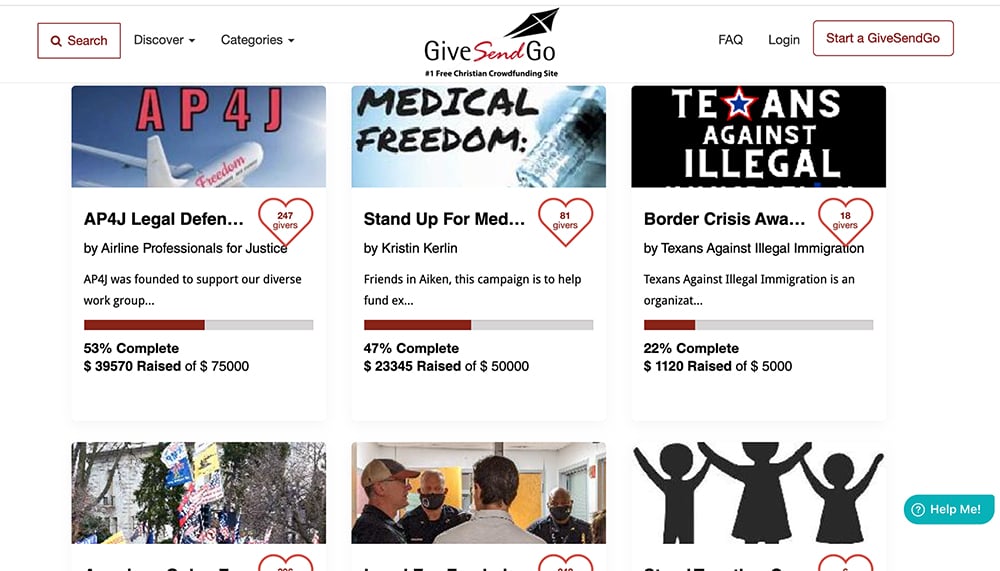 Screengrab of campaigns in the GiveSendGo.com community category on Oct. 18, 2021. Screengrab

“There’s always an inherent danger with freedom, but I think the opposite of that is, in essence, slavery,” he said. By way of inspiration, he pointed to Jesus’ willingness to spend time with sinners.

Despite widespread pushback to his methods (PayPal stopped working with the site shortly after Jan. 6), Wells suggested his approach has been a boon to the platform: The organization grew about 100% annually before the Rittenhouse campaign, he said, but has expanded massively — “probably 1,500%,” he estimated — in the year since.

His work recently caught the eye of Torba, who published a post in September framing GiveSendGo — which advertises on his website — as a faithful alternative to more mainstream platforms such as GoFundMe.

“This is what a parallel society looks like,” Torba said of GiveSendGo. “An ecosystem of media, communications, actual journalism, fundraising, advertising, and technology working together to get the truth out.”

Inside the fraught effort to create a Christian nationalist internet

‘Licorice Pizza’ is the internet’s most predicted film 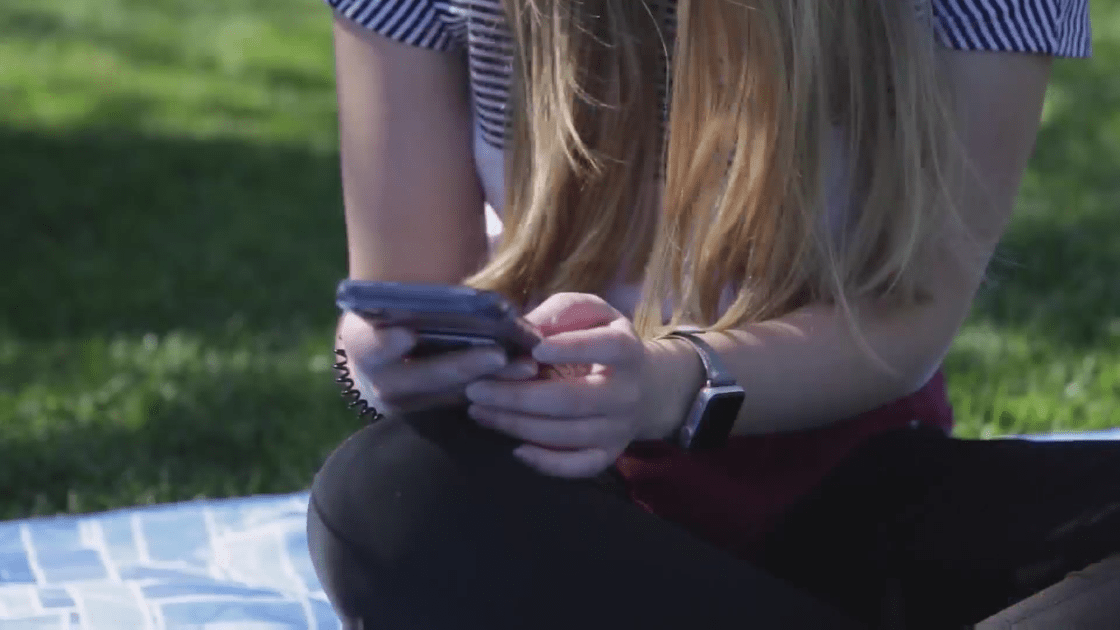