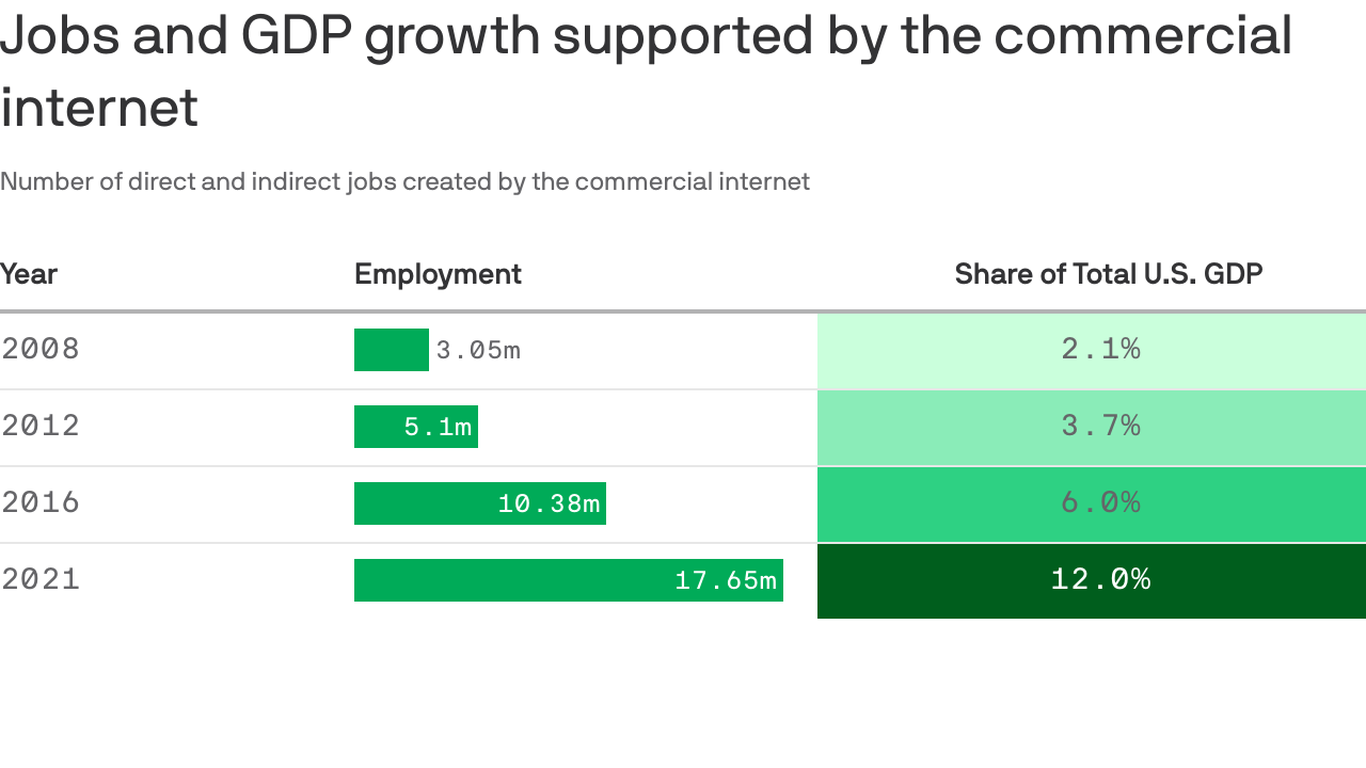 The U.S. has reached a tipping point in its shift from the industrial economy — one that relied on the buildout of hardware — to an information economy that relies on the transfer, storage and implementation of data, according to a new report.

Why it matters: This shift towards a data and information-based economy has allowed more businesses to establish themselves and scale quickly and at a very low cost. As such, the number of jobs created by the commercial internet has more than tripled since 2012.

The big picture: The new report, which is published every four years by the Interactive Advertising Bureau and written in conjunction with researchers, finds that the internet-supported economy over the past decade has shifted from jobs that related mostly to technical internet functions, like coding, to jobs that help deliver information and facilitate communication through data.

By the numbers: As a result of this shift, jobs related to news, information and entertainment companies are exploding.

The big picture: Overall, the internet-supported economy now accounts for 12% of U.S. gross domestic product, up from 2% in 2008. It has grown seven times faster than the total U.S. economy in the past four years.

What to watch: The internet has made it easier for people to participate in part-time or “gig economy” work.