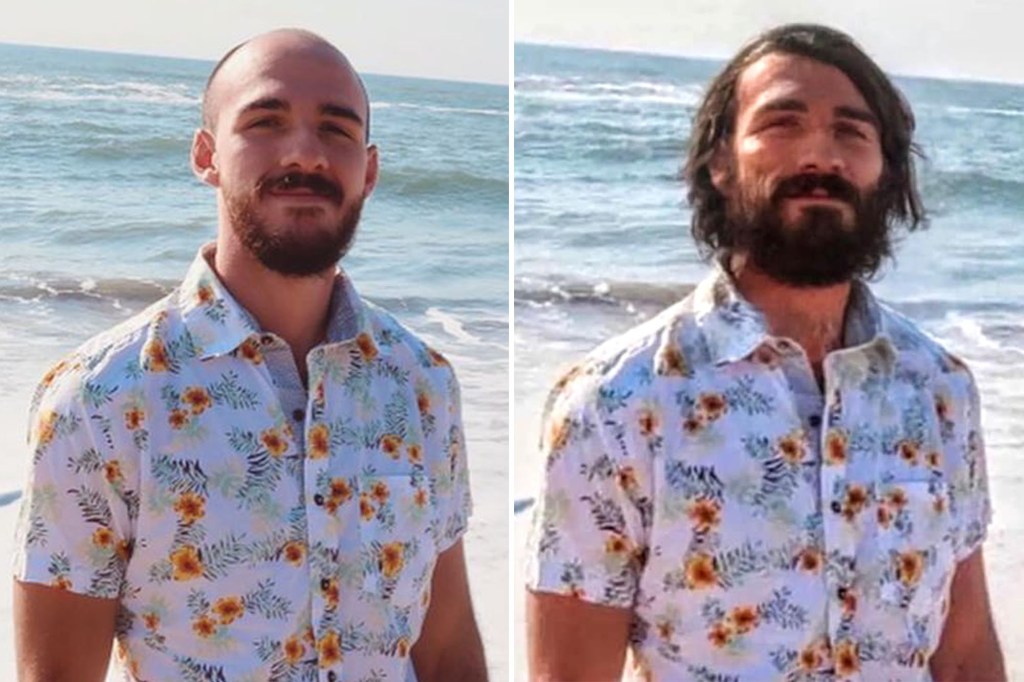 It’s been a month since Brian Laundrie vanished into thin air and internet sleuths have been busy imagining what the fugitive — the sole person of interest in Gabby Petito’s death — might look like now.

Laundrie, who has not been named a suspect in his girlfriend’s death, is the subject of a massive manhunt and multiple sightings across several states after he never returned from what he told his parents was a hike at the 25,000-acre Carlton Reserve in Florida.

Authorities have been on the hunt since Sept. 18 for the fugitive, who is wanted on a federal arrest warrant for allegedly using Petito’s stolen bank card after she disappeared. Her remains were found in a Wyoming park on Sept. 19.

The hairy iterations of what people think Laundrie now looks like come after famed forensic artist Lois Gibson showed the Sun sketches showing the effects his time on the lam could have had on him.

“I have my opinions. He’s trying to make it a survival thing, which is likely to involve camping,” the 39-year-old artist, who holds a Guinness World Record for the most ever identifications by a forensic artist, told the outlet.

“When you’re out in the open like that, you’re going to get a lot of extra sun to the point of suffering some skin damage. He’s likely to have a lot of redness or rosacea across his face, like sometimes how you see on a homeless person,” she said.

Gibson added that Laundrie has probably lost a significant amount of weight, somewhere between 10 and 15 pounds, because “it’s hard to eat when you’re on the run. It gnaws away at you.

“Life will be hard for Brian Laundrie right now. Very hard. And that will show in the form of weight loss,” she added.

Unlike some of the images shared by internet sleuths, Gibson told the Sun she believes Laundrie has likely shaved off his beard, rather than allowing it to grow wildly.

“Because his beard and mustache are very, very distinctive, I believe he would’ve shaved pretty quickly. He’d be crazy if he didn’t shave because it would be so easy to spot him,” she told the outlet.

Gibson agreed with the theory that Laundrie would grow his remaining hair out — possibly also dyeing it to a lighter shade.

“He should let his hair grow, but hair only grows about a third of an inch each month, so he’s probably got barely any hair grown out at the moment,” she noted. “And he even gets to wear a COVID mask all he wants without drawing attention to himself — and that’s a biggie to look out for.”

The artist said that two features Laundrie has little or no control over are his teeth and ears.

“I went to dental school so I noticed that he has unusual dentition in his teeth. His maxillary lateral incisor pushes out at the bottom, just a little bit and it makes for a sort of uneven bottom edge of his top teeth,” she told the Sun.

“It really shows readily when he talks or smiles. He shows the bottom edge of those teeth,” she said.

“Ears are also the most complicated object on the surface of the head — more so than eyes, lips or noses. There’s really nothing that can be done to change them,” Gibson added.